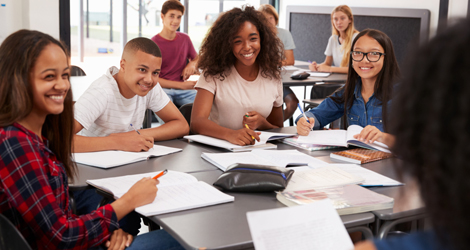 What English skills does the CanTEST measure?

The Listening test is made up of about 40 multiple- choice or short-answer questions based on recorded material delivered at normal speed. The listening passages include dialogues, announcements, interviews, and short lectures. The test lasts about 50 minutes, and listening passages vary in length from about one to five minutes.

Reading is measured by two tests. The first is a 10-20 question Skimming and Scanning test, which requires that you read quickly to find specific information in authentic texts such as newspapers, university calendars, web pages, and bibliographies. The second reading test lasts about 50 minutes and measures Reading Comprehension. On this test, you will read passages of 400- 700 words, and answer multiple-choice and short-answer questions about them. You will also complete a 20-30 item cloze test, in which words are deleted from a passage. The cloze test is in multiple-choice format.

The Writing test involves writing a composition on a topic which will be assigned to you. The time for this test is 45 minutes.

he Speaking test involves a face-to-face interview with two evaluators who will ask you questions on topics of personal, professional, and general interest. The interview lasts about 15 minutes

All CanTEST material is taken from real documents such as newspapers, magazines, textbooks, and radio broadcasts. Topic areas of the material include: agriculture, medicine, engineering, history, and education. All the texts are intended for the general reader. You do not have to be a specialist in any of these fields to answer the questions.

Difference Between CanTEST And Other English

All CanTEST material is taken from real documents such as newspapers, magazines, textbooks, and radio broadcasts. Topic areas of the material include: agriculture, medicine, engineering, history, and education. All the texts are intended for the general reader. You do not have to be a specialist in any of these fields to answer the questions.

You will receive a separate score for each of the four skills. These scores, called Band Levels, tell you your level from 1 to 5. Descriptions of the level of performance corresponding to each band are on the following page.

The scores you receive for the Listening and Reading tests are based on the number of questions you answer correctly. As a general example, you have to get about 60 or 65% of the questions right to achieve a Band Level of 4.0.

In Writing and Speaking, your performance is described by the test evaluators and compared to the Band Level descriptions. For example, a moderately fluent speaker with good pronunciation whose errors are not confusing to the interviewer would receive a band score of 4.0 or 4.5.

Scores need to pass the CanTest

Most Canadian universities require an average of Band 4.5 with no score lower than a Band 4.0. Some departments (e.g., Administration, Law) and some professional organizations (e.g. pharmacy licensing boards) require even higher scores. You should check the requirements at the institution to which you wish your scores to be sent.

What do the band levels mean?

Consistently effective command of the language in familiar and unfamiliar contexts of language use. Full comprehension. No language problems that would impede academic or professional success. (This band is awarded only in the productive skills)

Very good command of the language, even in demanding contexts. High degree of comprehension. Only occasional unsystematic inaccuracies and inappropriacies in communication, which very rarely impede communication. Level of proficiency is acceptable for full time academic study.

Generally effective command of the language in fairly demanding contexts, with a satisfactory level of comprehension. Some inaccuracy and misunderstanding in less familiar contexts with more complex language. Weaknesses exist which sometimes impede communication, and could affect performance in an academic program. Additional language training would be helpful to improve accuracy, speed, and overall proficiency.

Fair command of the language only in familiar language contexts or in interactions with a sympathetic speaker. Limited comprehension. Markedly reduced effectiveness in demanding or unfamiliar situations. Systematic inaccuracies and misunderstandings significantly impede communication and comprehension. Requires additional language training before being considered for academic placement.

Some ability to function in highly contextualized, familiar situations, but no real command of the language. Frequent breakdowns in communication

Extremely limited command of the language.

Half-bands (e.g. 3.5) are awarded where a candidate’s performance exceeds that described in one band but does not fully meet the next higher level.

Visit Us To Know More About IELTS Modules!